Caring for the Growing Needs of Our Community. 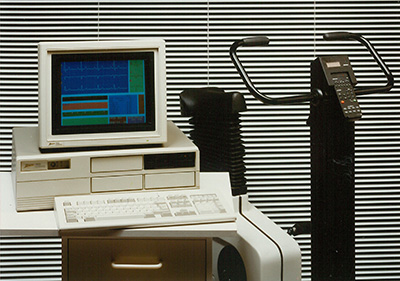 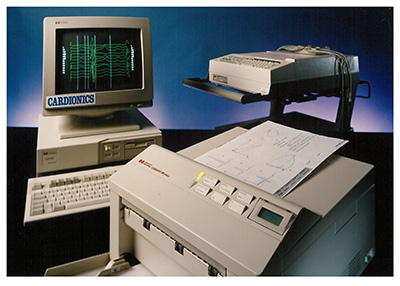 For 20 years, the history of Cardionics S.A. has been linked to the Belgian company Union Minière (Today Umicore) and Générale de Banque. The shareholding of the company Cardionics S.A. was as follows:

(under the name of Cardionics-Cigass Systems Belgium)

Since 1992, the main shareholder is BGI under the name of of Cardionics Invest.

Since the beginning of its activities in Belgium, Cardionics was able to establish privileged relations with University Hospitals in Belgium such as ULB Erasme – UCL KUL (RUG) – ULG (Liège) – VUB (Brussels).

In France, Cardionics collaborates in all Congress of Quantitative Electrocardiography  in which Vectorcardiography and averaged ECG (Late Potentials) computer held a prominent place since 1983 until 2001.

With this scientific recognition and the development of CarTouch device CARDIONICS S.A. could enter the market of clinical trials for pharmaceutical companies.

CARDIONICS S.A. continues to evolve in the electrocardiographic sector (software and hardware), and through effective partnerships, puts its expertise at the service of new applications (Telemedicine and sports medicine).

In 1992 Cardionics S.A. developed a 15 leads ECG acquisition board, The CardioLogic 15, which installed in a PC, transforms the computer in a powerfull ECG with memory. This evolution interests private cardiologists, hospital centers and preventive medicine centers.

In 2001, the 12 leads ECG device CarTouch was designed to perform an autonomous acquisition, ECG storage and transfer via internet (Telemedicine) to the ECG Central Lab.

Launched in 2002, the 15 leads CardioPlug, records ECG in a slave mode to PC and provides access to all the performance of the PC (speed, memory and network).

The CardioPlug replaces the internal circuit board CardioLogic15 and runs on Microsoft Windows.

Alongside the development of the ECG medical equipment, software is adapted.

Widespread use of networked ECG devices

Demand for our products has increased with the widespread use of computers in hospital medicine.

From 1969 to 1985, the centralized ECG processing on IBM360 involved the installation of analog recorders in the hospital, transferring ECG analog data by phone, reception and A / D conversion at Cardionics center, IBM treatment of the digital tape and return by mail within 24 hours of ECG acquisition.

This approach interested cardiologist for ECG monitoring of hospitalized patients.

With the arrival of IBM PC Compatible, the possibility of processing the electrocardiogram also interested surgeries in order to immediately dispose of the ECG measurement and diagnostic. For this reason Cardionics developed the CardioLogic, an sophisticated ECG recording circuit with a / D converter (12 D).

The enthusiasm of private practices for the PC increases with the first digital solid memory Holters (24H)  that can gradually replace the treatment of tapes. A combination of digital ECG and Holter seduced private cardiologist.

The progressive development of Hospital Information Systems allows the intergration of ECG’s in the patient records.

With new products and several technical and commercial partnerships for distribution, Cardionics SA expands its prospecting area to external markets with a full range of products including ambulatory ECG monitoring for postoperative rehabilitation cardiology, holters, ABPM, tables and ergometers.

Since 2005, with the participation at Arab Health Fair, Cardionics S.A. has conducted operations through distributors or directly to external markets of the Middle East and North Africa (Qatar, Marocco, Algeria, Tunisia, Egypt,…).

In the US also, Cardionics equip a New Phase I Center for Clinical Trials in 2015.